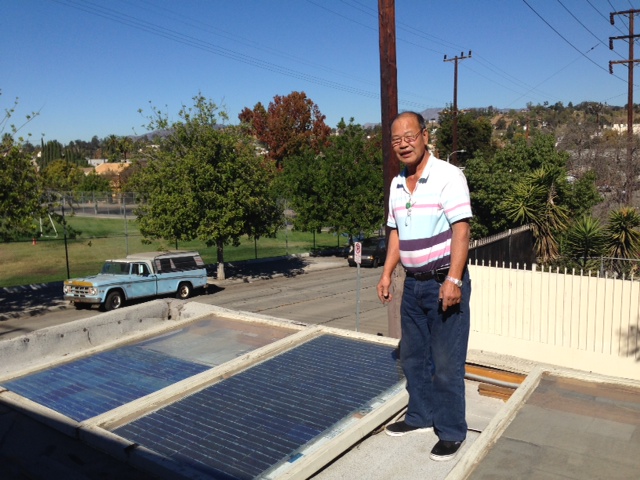 Many believe the first step towards change begins with one’s self; this belief has proven to be more than just an idea to an extraordinary Highland Park resident. Chan Wing Lam has proven himself much more than just a loving husband and father, but also an innovator who has recently acted upon his lifelong interest in electrical engineering and the world of eco-friendly living.

Born and raised in Hong Kong, China, Lam first found his interest in electrical maintenance when in high school. Moving to America in 1984, he began working long hours in a seafood restaurant and later as a BBQ chef. It was not too long ago that he began putting his time into solar powered apparatuses to help cut back the cost of his electricity bill.

In 2013 he started his first solar panel project with broken glass windows and pieces acquired via eBay. Today he has several panels installed over the roof of his home and is even attempting to build a windmill. Each panel produces around 130 watts that go into one of his 3 inverters he has set up around his home. We got a chance to take a look inside his home and workshop to see for ourselves his mechanical endeavors.

Within a day and a half, and given the right materials, Lam can build one of his solar-powered automatons all by himself. He has given no thought to passing on his knowledge of mechanical money-savers down to a new generation, but did seem intrigued when posed with the question. Although his legacy may end with him, it has influenced the way Highland Park residents think about conservation. With the sight of his home just across the street from Franklin High School, hundreds of students pass by noticing not only his solar panels, but also his front yard garden full of vegetation he grows for his family. 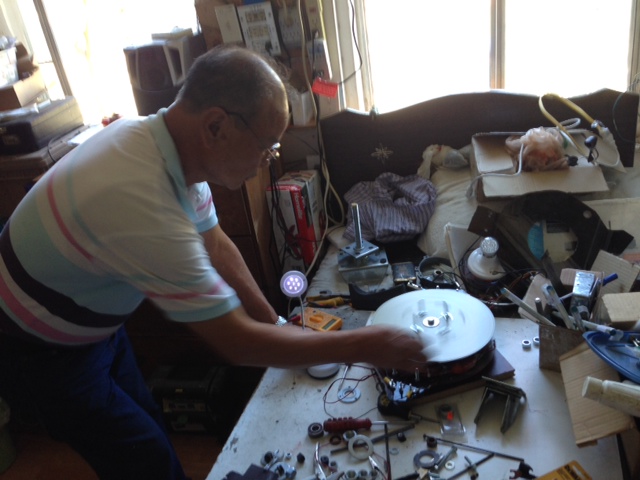